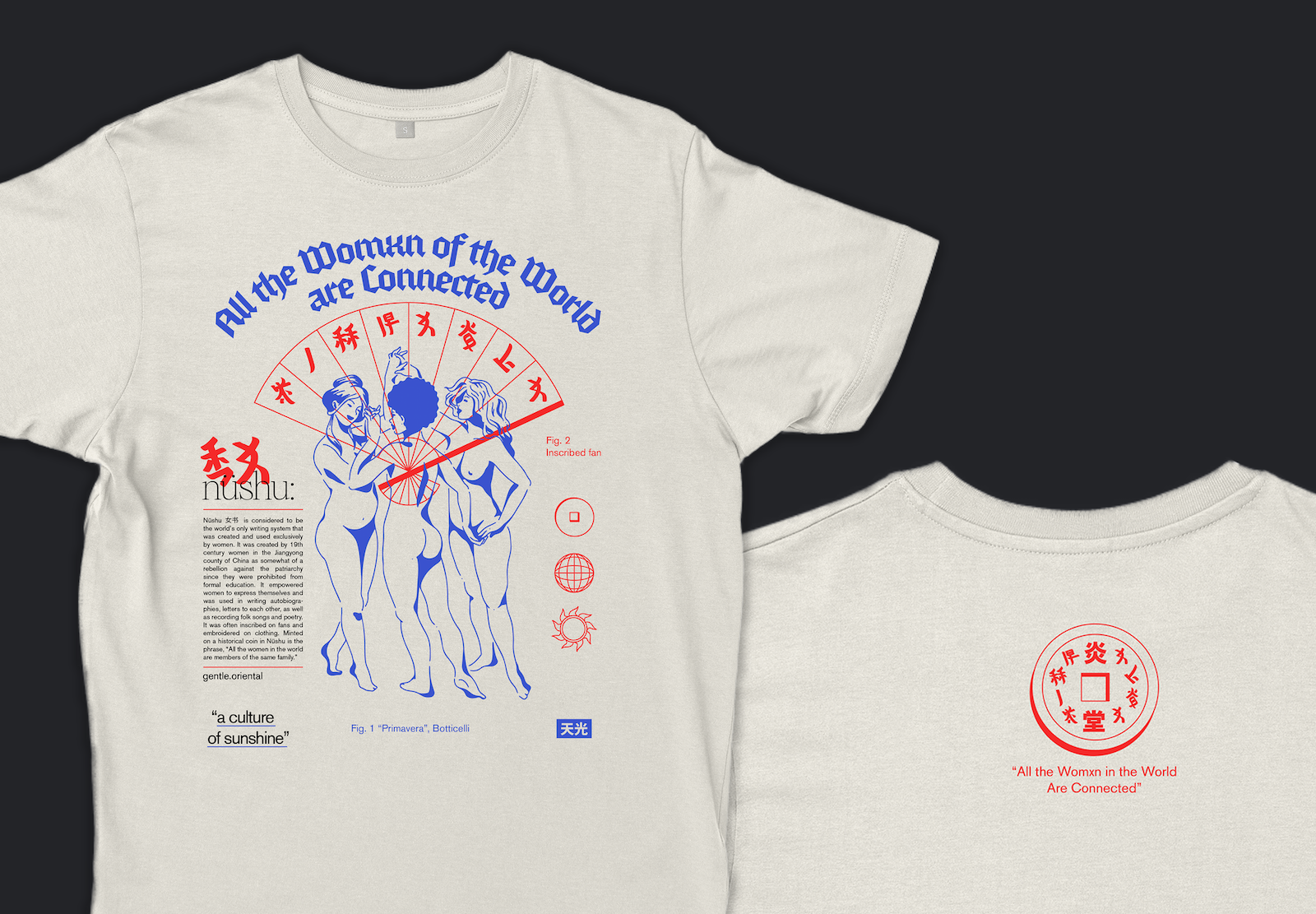 In October I designed this shirt as a personal project. I had not had the opportunity to design a T-shirt before so I made myself do it.

Nüshu 女书 is considered to be the world’s only writing system that was created and used exclusively by women. It was created by 19th century women in the Jiangyong county of China as somewhat of a rebellion against the patriarchy since they were prohibited from formal education. It empowered women to express themselves and was used in writing autobiographies, letters to each other, as well as recording folk songs and poetry. It was often inscribed on fans and embroidered on clothing. Minted on a historical coin in Nüshu is the phrase, “All the women in the world are members of the same family.”

However, these women wrote about the joys of being housewives and celebrating feminine culture. I've assumed a modern take inspired by the phrase on the coin as an allusion to feminism worldwide, with the inclusion of all womxn in mind. Accompanying the texts is a re-imagination of Botticeli's "Primavera" painting. I also added a fan behind them with the phrase “All women are connected” written in Nushu (but I hand drew the typeface) because women used to inscribe Nushu on the insides of fans, books and clothing. The back of the shirt shows the minted coin.

These are photos sent to me by people who have bought the shirt! Very beautiful, very powerful, yes.

NUSHU was launched on Everpress in October 2020 and has re-launched 6 times since then.